“This is robotic-assisted surgery as opposed to the robot doing the surgery,” said Oyelese…

This technology isn’t just used on the spine, but the brain, making this one of the few of its kind programs in the country.

“Smaller incisions, if we’re talking about the spine, for instance, lower error rates in an area where precision is paramount. And better patient outcomes,” said Oyelese.

This computer-assisted, robot-assisted technology, as it pertains to brain surgery, is used to remove tumors. But it’s also used on patients with movement disorders, such as Parkinson’s to help place delicate electrodes in the brain.

Oyelese said this is all made possible through partnerships with Brown Neurosurgery and Brown Neurology, as well as Butler Hospital.”

Read the Whole Story and Watch the Video Here 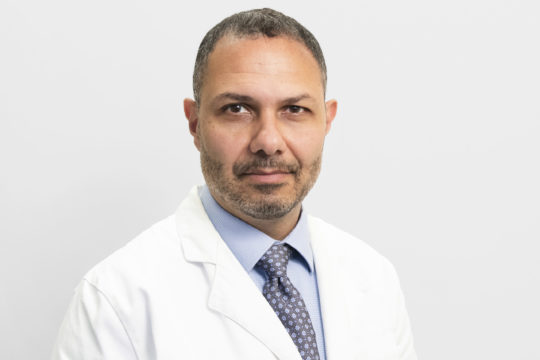